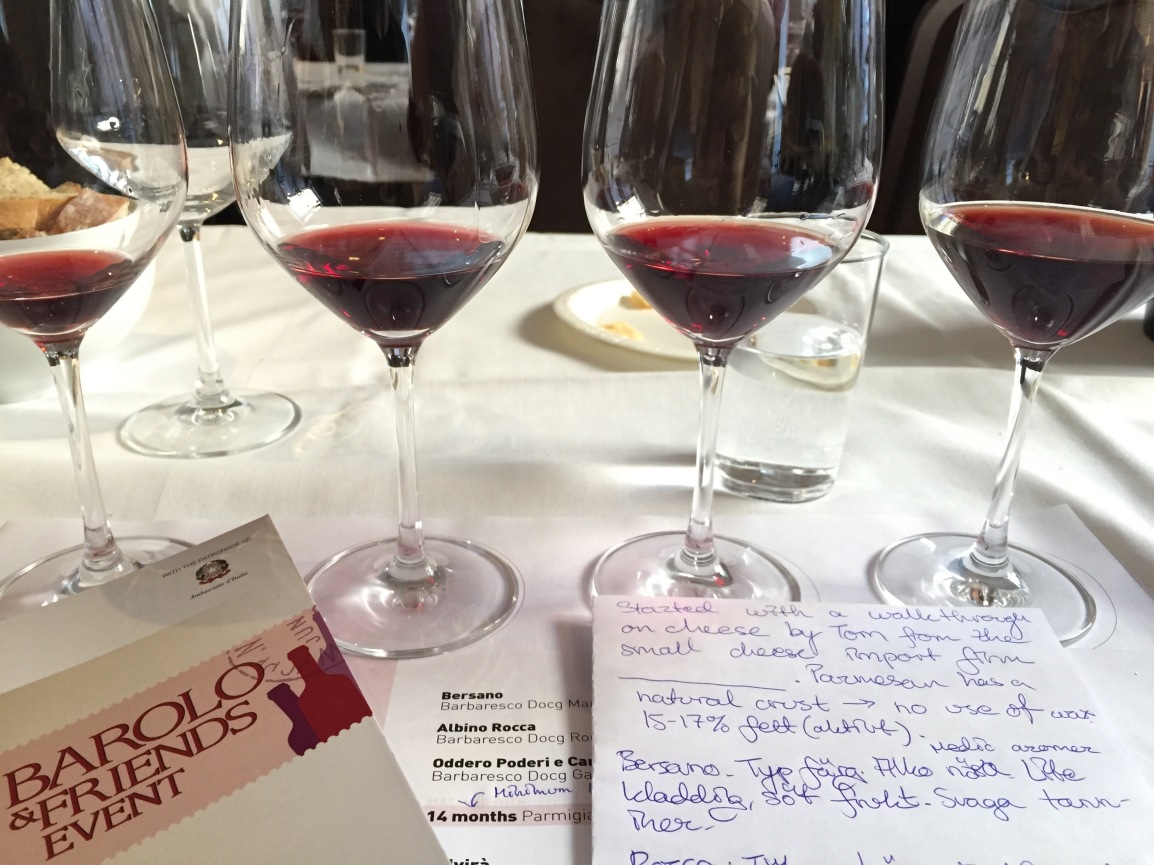 A few days ago I had the opportunity to attend a master class at the Barolo and Friends wine fair in Oslo entitled Barolo, Barbaresco and Roero: The Three Kings.

In several ways it was quite a good master class. I’ve been working with Piemontese wines for five years now, and sometimes it can be beneficial to see the region through someone elses eyes. It’s also been quite a few years since I identified my favorite producers, and even moving between restaurants I’ve tended to bring them with me, favoring the well known and trusted in favor of unsafe bets.

So getting a complete re-introduction to the region as well as the opportunity to taste a line-up of 8 producers of which I had only worked with two was great.

One of the wines was oxidized. Another wine was corked. Two of the wines had more than 14% alcohol and several of them showed an alarming lack of tannins and structure, even for a warm vintage like 2012. The entire line-up was generally underwhelming, in fact the two winners of the tasting were the only ones from producers that I had worked with before:

The wines came from different vintages, different sub-regions and different philoso004phies but managed to underperform unanimously. I dearly hope this wasn’t due to a general fall in quality in the region but to an unfortunate selection for the tasting.

If else I might be just as well off sticking to the safe bets….

(Producers such as Massolino, Luca Roagna, Vietti, Giacomo Conterno, Giuseppe Rinaldi, Bartolo Mascarello and Giacomo Anselma generally never let you down. If you can find them that is)