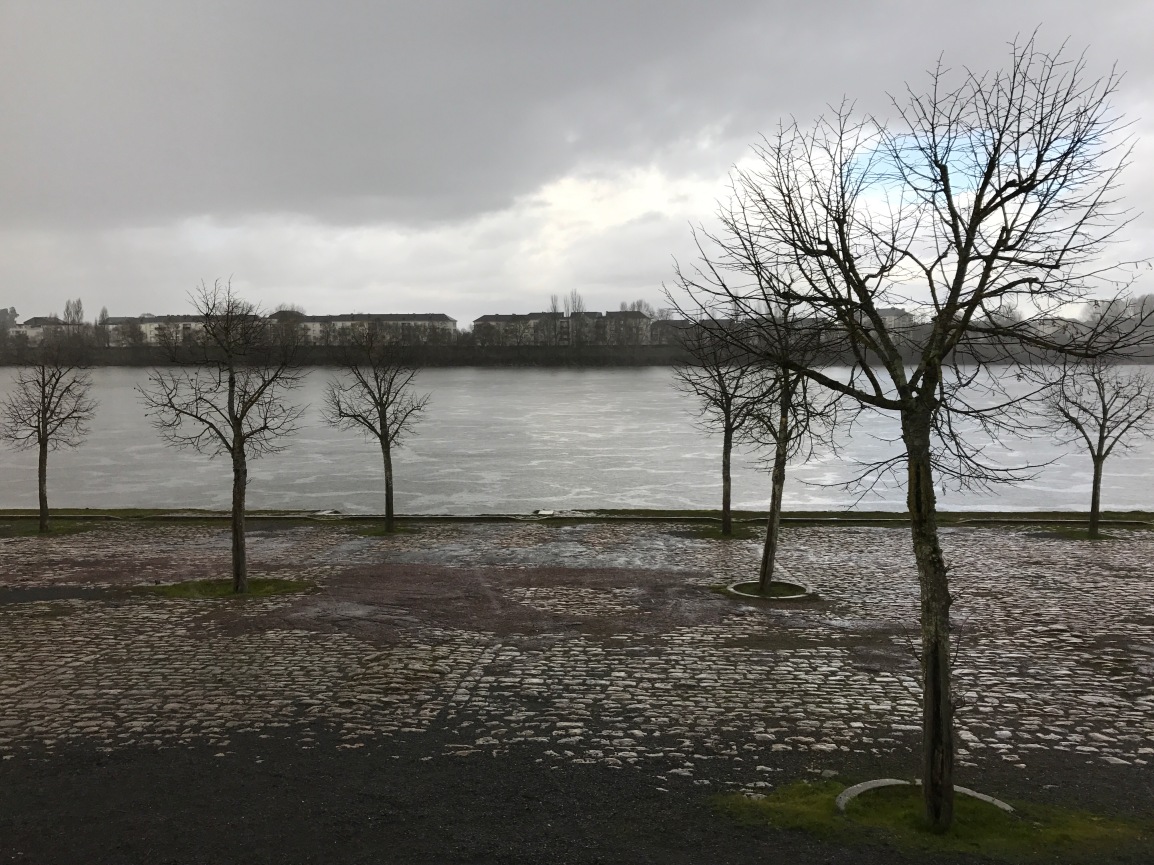 As an experienced traveler and visitor to wine fairs I just now realize I may have grown a bit too lax and comfortable.

Today I checked out of my hotel in Angers, and after a flicker of indecision opted out of the first wine fair on my itinerary for the day – Les Pénitents – in order to get to the La Dive Bouteille wine fair in neighboring town of Saumur earlier. It took me only as far as the train station before I realized my mistake. It turns out the trains from Angers only leave roughly every other hour, and that I would have to wait exactly 1 hour and 47 minutes before catching the next one. Oh well I thought, there are always things to be written and work to be done, and while it took some time to find a decent place open that early on a Sunday I quite happily passed the time.

I managed to get on the train. I also managed to get off of it. Great success, my odds were looking up! Opting out of the wine fair shuttle I decided instead to drop off my luggage at the hotel and walk the 40 or so minutes out to the Caves Ackerman where the fair was being held.

It turns out the hotel I had booked didn’t start check-in at 15.00. They opened at 15.00. With no one present to open the door I tried calling the property, consequently speaking to two very polite women who understood absolutely nothing of what I said and certainly had no intention of opening the door for me.

I’ve walked the 40 minutes between the fair and the town with luggage before, and it simply isn’t an option. A big portion of the road is dirt or gravel, and manuevering between cars and poorly marked intersections is considerably more frustrating than it’s worth. Hence I found myself a bar, drank a few rounds of beer and snacked on the complimentary goldfish crackers, waiting for the hotel to open.

The clock struck three and I was inside like a flash, coaxing my room key from the receptionist before she even knew what hit her. Quickly throwing my things into the room and dashing out again I readied my ear phones and set course for La Dive. Finally! To the fair!

…within minutes it started to rain. Hard. Not a drizzle but a downright downpour.

Now, if this had been a usual wine fair I wouldn’t have been deterred. But La Dive is famous for being situated in a cave. Literally a cave, where the temperature is at best between 9-11 degrees. (I may be lying here, but I ensure you it’s ‘put your long-johns on and don’t forget your woolen socks’ cold.)

So instead I’m nursing yet another beer at yet another local pub, licking my wounds and venting my frustration, well aware that it’s nobodies fault but my own. Well, mine, the hotel and whatever Celtic gods are responsible for rain in this area…