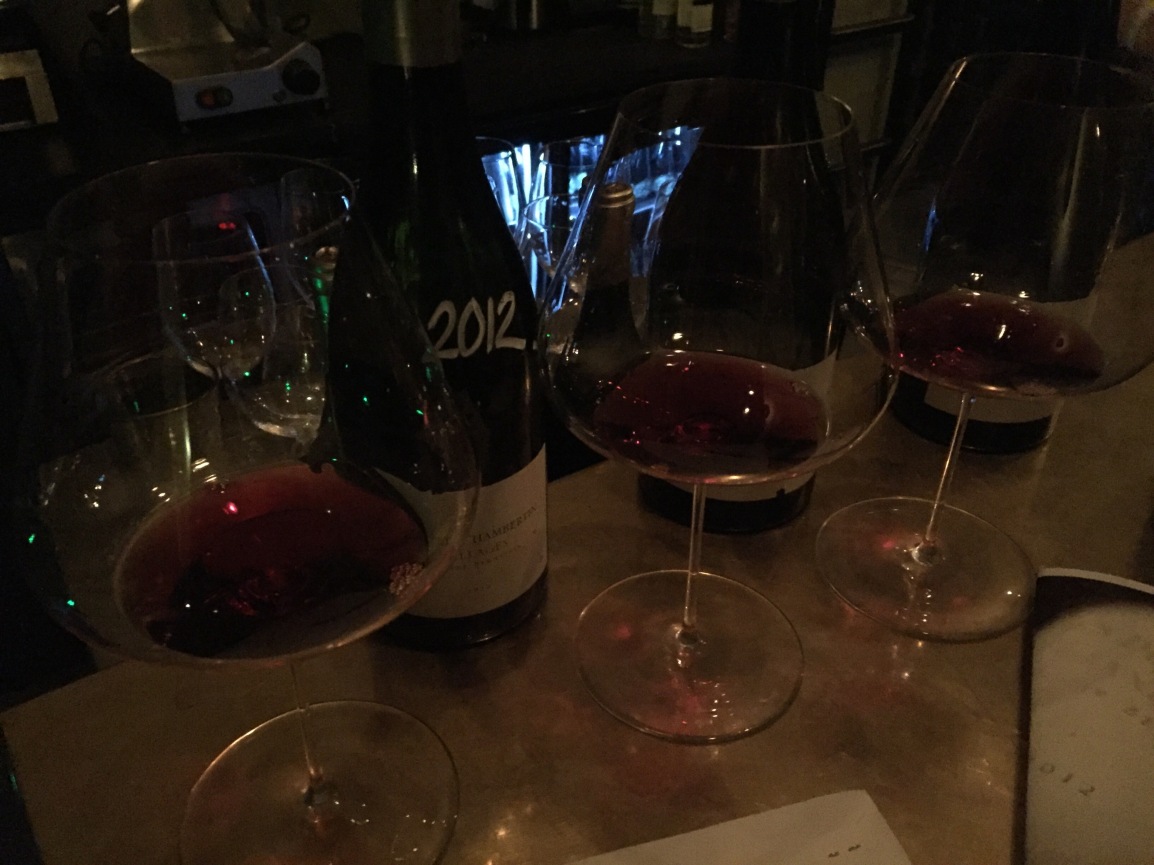 A girl walks into a bar. It’s late – a friday night – and the place is packed, the music pumping. She whispers something into the bartenders ear and he nods, ducks behind the bar, and starts pulling out bottles that he lines up in front of her. Some of the other guests turn and steal a glance, then do a double take as the bartender pours up seven large glasses of wine, placing each bottle behind the glass as he goes along. She nods her thanks – the music is especially loud at this point, verbal gratitude would be pointless – and gets to work…

Sparse nose with a discrete touch of broken twigs and dry liquorice paired with ceder and violet. The wine has quite an aggressiv acidity, light tannins and medium length. A certain bitterness in the finish. A very demure wine.

Shows a fruitier aroma than the first wine, quite reminiscent of wine gummies and wild strawberries. Slightly smoky with a marked acidity. A whif of alcohol. Low in tannins, short.

Dark muted color. Potent, appealing aroma of lilacs and pink berries. Certain hint of juniper and salt. Nice, even structure with small, lively tannins and medium length. Somewhat rough in the finish , with reoccuring aromas with an addition of purple grapes. Juicy, with discreet acidity.

Relatively dense and dark. Certain appealing blood orange aromas. Somewhat medicinal with notes of fruit destillate. Well balanced with a medium intense but integrated acidity. Wooden tannins. Stunted finish.
To be honest I was a bit disappointed with this line-up. The wines were fine, but knowing how much they cost and what kind of quality you can get for the same price from other wineries in Burgundy I have to say I would have expected a bit more “oomph”…