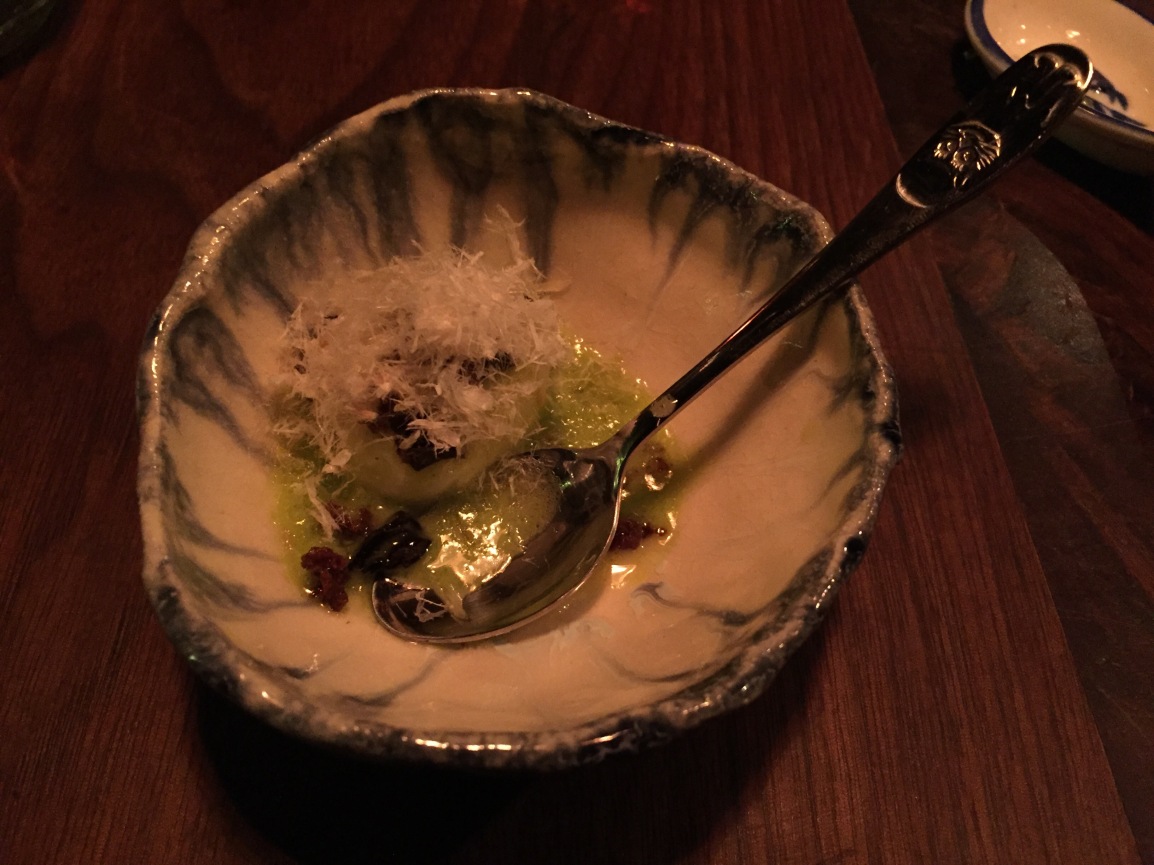 Some restaurants just have it. If they decided to give up solids and just served purées in different color compositions you would love it. If their “fuck-you” attitude took a leap from charming to forcing you to undress completely and take a lashing before being led to your seat it would only make you feel special. If they said ‘cut’ you’d have your arm off in a heart beat using only the butter knife at your table.

Some restaurants hardly seem able to sneeze without a delighted crowd standing up and applauding.

Do I sound bitter? I most certainly do. But fear not. I’m actually very fond of this type of establishment, I’ve even worked at a few of them. And apart from rendering me a drooling fan just as much as the next person their core qualities contain many aspects that I find pleasing;

INITIATION: These restaurants have the ability of making their guests feel as if they’ve been let in on a secret, as if they’re partaking in some kind of ritual. The key to this is an attitude that screams “I know something you don’t”, which can be helped along by playful ingredients, an alternative wine list and a general sense of superiority vis a vis the guests.

SIZE DOES MATTER: If one would surrender to the notion that each restaurant contains quality in a finite amount one must also accept the notion that the fewer square meters said quality is spread over the better.

NEVER PLEASE EVERYONE: No, there shouldn’t be a dish for everyone from your fast-food loving cousin Bubba to toothless uncle Alf and 6 year old Miranda wth the shitty attitude.. These people are not what generate a good revenue for the restaurant, especially considering you’ve already limited the size of the establishment quite considerably.

And last but not least the execution of all this has to be absolutely fucking brilliant.

Examples of said brilliance kan be found at Pjoltergeist in Oslo, the Palomar in Soho and Bar Brutal in Barcelona…